Conwy Castle in North Wales is one of the best preserved medieval castles in the UK.

Read on to learn about this splendid castle.

Where Is Conwy Castle?

Conwy Castle is in North Wales, near the town of, well, Conwy.

The castle is built on a rock promontory. Its defence is also aided by massive round towers in the structure, a double courtyard, along with Barbican defence walls and towers.

How To Get To Conwy Castle

When Was Conwy Castle Built And By Whom?

Conwy Castle was built between 1283 and 1289 by Edward I during his conquest of Wales.

Edward I had a plan in mind to create the walled town of Conwy and the castle was a part of the plan. To create the defence, the combined cost was around £15,000. The sum was considered huge during those times. Moreover, the castle played a crucial role in several wars.

The structure has such marvellous layout and architecture that UNESCO regards Conwy Castle as one of the best examples of military architecture in the late 13th century in Europe.

In addition, Conwy Castle is classified as a World Heritage Site.

What Is The History Of Conwy Castle?

Conwy Castle’s history is tied up in the long running border wars between the English and the Welsh.

In the 13th century Wales had been conquered and occupied by the English; Conwy and the castles nearby were constructed to shore up England’s defence against their Welsh foes.

Following the death of Llywelyn, the Prince of Wales, in 1282 CE, Edward I was the new king of Wales. Edward I constructed the Conwy Castle as it was the only free area. He planned to build a strong defence.

Edward had a son in 1301, Edward II, who he declared the Prince of Wales. During his years, the castle went through a period of neglect. The repairs were made during the second half of the 14th century.

Richard II used Conwy Castle as his base during a fight with his cousin, Henry IV. However, through a treacherous adviser, Richard II was forced to come out of his castle, leading him to be imprisoned in the Tower of London.

During the War of Roses, Conwy Castle has very little part to play in the war. Therefore, Henry VIII worked on its restoration between the 1520s and 1530s. Moreover, Henry VIII used to castle to imprison and as a depot for visitors.

In the early 17th century, the castle fell into disrepair. Charles I sold the castle to Edward Conway.

The English Civil War happened, and the Archbishop of York, John Williams, took charge of the castle. He repaired and garrisoned the castle at his own expense.

Towards the 18th century end, the damages and ruins were considered beautiful. It reflected on its long, brutal history of wars. Therefore, it attracted tourists to the ancient castle.

How To See The Castle Today?

You can visit the historic structure by booking tickets on the website. The pre-book tickets can guarantee your entry. However, here are a few things to note before booking.

Conwy Castle is a must-visit – even if you’re not a historian studying the 13th and 14th century wars. The castle is well preserved and perfect to explore. 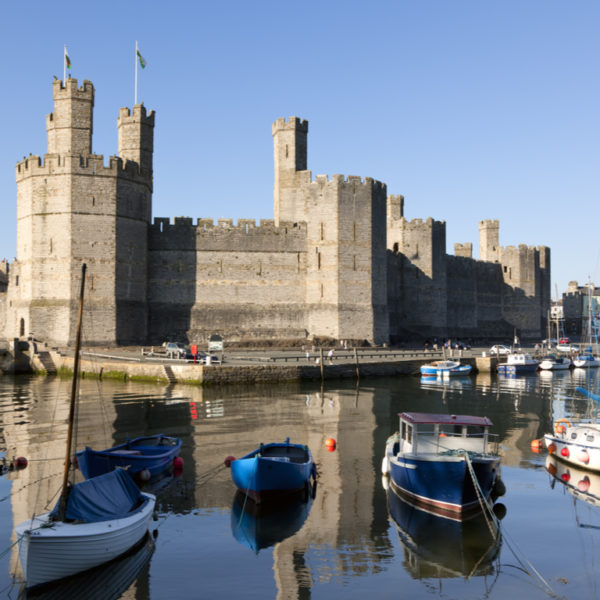 Resting on the River Seiont banks in northwestern Wales, Caernarfon Castle more than earns its reputation as a crowning achievement of Middle Ages architecture. Taking its moniker from the once-sleepy…

The magnificence of Castell Coch in South Wales is due to its distinctive conical roofs. This castle is a wonderful image of an imagined medieval world. Even today, people vote…